Our Business Intelligence
solutions in action. 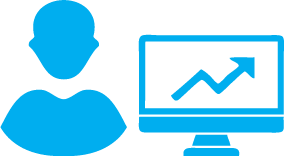 Gathering and calculating key performance measures of the sales force daily, and presenting it to the sales team created a friendly competition between sales reps each day, which resulted in an increase in revenue of 7%.  Each sales rep now has the opportunity to see exactly how they are performing each day, instead of after the end of the month, and can make adjustments to their action plans during the month.

By gathering key items of data from 5 different sources each day, the management team can now see what is happening in near real time, and can adjust strategies as soon as they spot a problem, instead of after the fact.  The managers are happier working from facts instead of educated guesses, and the employees are happier because they know what is expected of them and can see their progress at any time.  The whole organization can now focus on the future instead of trying so hard to figure out what happened in the past.

The staff meetings are now started by showing the facts of what happened yesterday, and the discussion quickly turns to strategy and execution.   In the past, too much of the meetings were spent debating if the numbers were correct.  As a result, the organization has increased sales dramatically because they collaborate on business strategy instead of argue about numbers.

Although each person knows their own job well, there is often a disconnect between people because they have slightly different terminology, and do not fully understand what others face each day.  WestSlope bridges this important gap by clearly defining key terms and concepts in the data, documenting calculations, and presenting "One Version of the Truth".  Each organization we work with ends up having a better understanding of what they do, and the risk of losing key people goes down because some of their key knowledge is implemented into the reporting system.  One organization had 4 different ways to interpret a standard transaction, leading to much confusion as they tried to become more efficient and serve their customers better.  With facilitated discussions about the key processes, they now all agree on one way to define their work, and are able to make efficiency improvements much easier.

By clearly identifying incorrect data right away, one organization was able to serve their customers better.  They often had to rely on the customer to report problems with their account, but now can do so automatically.  Now when they talk to a customer they can focus on serving them and growing the wallet share, instead of having to first verify information from them.

One organization has a complex payroll process consisting of many calculations and exceptions, and one person would spend a week or more each month calculating payroll.  There was concern that only one person knew the process.  Now, all people can see their payroll numbers throughout the month, all calculations are standardized and documented, and the final payroll process is done with the push of a button.

An organization had a main computer system that the company runs its daily operations on. It has a robust reporting system, but they always felt like they were missing something when making decisions. With the help of WestSlope, they realized that vital information for the operation of the organization was not in their main system, and the reporting function of that system was incapable of integrating the missing information. Instead of having multiple reporting systems, they now have one that allows a comprehensive view of the whole organization.

Let’s talk about creating the best possible Business Intelligence
solution for your growing business. Get in touch with us today
to see how we can help you reach your goals. 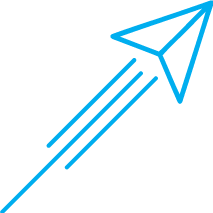